In Eye Level East Cobb, the supplementary education programs have been largely successful, owing to the successful application of giving one-to-one attention to each student and letting them learn at their own pace in the study centers.

Historically, Math has had the reputation of being a difficult subject. Still, with the help of these programs, the math class has become a domain wherein the students learn to apply their mathematical skills to real-life scenarios.

The math learning program in the Eye Level East Cobb has been designed to be interactive and real-life oriented, focusing on projects and discussions in the math class. In the course, the students are taught to put their unique perspectives into play to understand the concepts, while the teachers are equipped to introduce new concepts or the traditional aspects of the subjects in a new light. The math class is not designed to drone on the topics, but rather make the student understand the subject effectively.

The supplemental education programs stress the teaching of academic principles and improve critical thinking in the students. They are taught to perceive the problems through their unique point-of-view and develop their out-of-the-box solutions.

In many study centers supporting supplemental education among the students, the blueprint of the teaching model is designed such that the teacher guides and mentors the student towards investigating and discovering the cause of any problem rather than simply stating the solution.

With the inculcation of supplemental education programs, it was observed that the students tend to develop more self-confidence and lower their dependency on others. The study centers housing these programs encourage the development of various learning styles and team-building activities among the students.

An alternate school of thought propagates that the study centers with these programs serve as remedial tutoring centers. However, the core objective of the supplemental education program only seeks to help the students to develop their skills and individual personalities, pushing them to become accomplished and respectable individuals in society.

The researchers found out that the two groups fared similarly in their final assessments despite the notable difference.

In 2019, another study was conducted by Teruyuki Kajiume, and Masao Kobayashi conducted a study, in Japan, with the medical doctors and medical students being the subjects. They were assessed concerning the early supplementary education they had received. It was found out that the supplementary education they had received during their early education was associated with the professional success they received later in life.

At present, it could suffice to say that the supplemental education program has been an overlooked domain with fewer studies and research conducted; however, all the statistics have pointed towards the program's success.

Visit the Official Eye Level Website for complete information about our services. 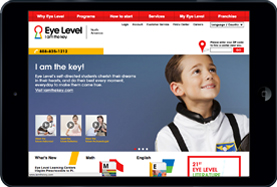 Visit the Official Brand Website to learn about our brand story, philosophy and advertising. 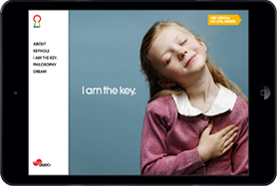 We’re on other social networks too. Connect with us on another level.